Get your gratitude on!
facebooktwitterinstagrampinterestgoogle+tumblrlinkedinyoutube

I’m obsessed with many things.

Or, I should say, I HAVE been obsessed with many things.

I was obsessed with trying my hand at Doodle art a few weeks ago. That one was very short-lived. (I’m just not an artist when it comes to drawing!)

I was making my own kombucha for awhile and was brewing by the gallons-full! (why stop at 2 gallons when you can do 15?!! haha)

Then there’s, of course, that whole nasty ‘booze issue’ I had years ago…(thank God I have ways to deal with THAT one!)

But there are good obsessions too, and some that I keep around for a long time.

Snyders has these gluten free Buffalo-flavored pretzel sticks that I’ve been eating just about every night for forever.  I just never get sick of them!

And every night when I go to bed, I put a show on my Kindle to lull me to sleep (why I bother, I don’t know.  5 minutes TOPS is all I last!) and I have put the same show on every night for probably a year and a half or so.  I’ve seen every single episode at least 6 or 7 times.  That show?  “Nurse Jackie”!  I LOVE that pill-popping mess of a mother!  (actually….who I LOVE is Zoe.  Merritt Wever I think her name is.  BRILLIANT actress!  The entire cast is brilliant IMO)

You can probably tell from all of the designs I make as well as my website, I’m a bit obsessed with COLOR!  haha Bright colors just make me happy! (I hope they do for YOU too!) I figure…if I’m going to a website to help me find gratitude and happiness…I want to see colors.  BRIGHT COLORS!  So bright colors you shall (and do!) get from me.

And then there’s, of course, the gratitude obsession….hence the name GRATITUDE ADDICT! I thought the name was clever seeing that I’m both…ya know…an addict (recovering though, thank you very much!) and addicted to gratitude too! I was actually shocked when the .com extension of it was STILL available when I got it since .coms are so hard to come by nowadays. A sign, for sure, that it was meant to be!

One of my book obsessions is a very famous book called “The Four Agreements” by Don Miguel Ruiz. If you’ve watched any of my live broadcasts on FB or Instagram, you may notice that I mention it quite often as I’m a big fan of it and it’s 4 simple ‘agreements’ to living a happier life.

I had never heard of the book when I received it.  I got it as a birthday gift from my fellow comrades in the pain program/rehab I was at 4 years ago. It had been a big hit in the rehab gift shop, apparently! haha  (Happy Birthday to me in rehab!  woo hoo!)  lol

It turned out to be one of the best books I’ve read and one that I keep referring to over and over in my life.  Don Miguel Ruiz has been featured on “Super Soul Sunday” with Oprah many times and his 4 simple guidelines for life are so brilliant:

1. Be impeccable with your word

I dare you to think of a situation where, if these 4 agreements were done well, it wouldn’t have made it better.  Wars could have been prevented.  Divorces, most definitely. 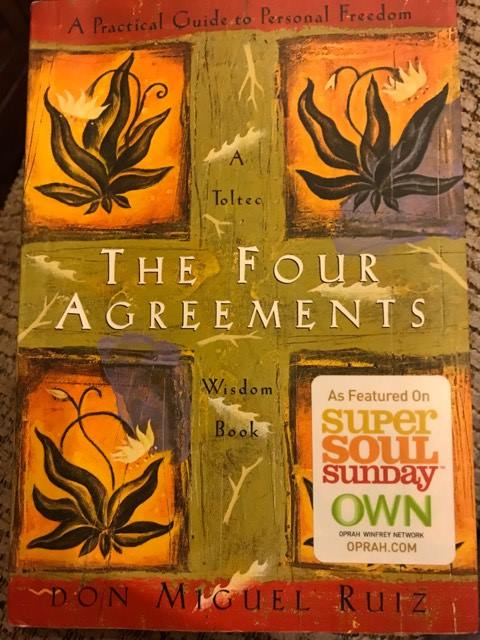 And hell…every damn misunderstanding that Jack, Chrissy, and Janet had on ‘Three’s Company” would have been put to a screeching halt!!  (oh my….am I dating myself?  I’ll have to use the ‘Three’s Company’ intro as the retro video of the post!  You guys know ‘Three’s Company’, right?!?)

These ‘agreements’ sound very simple because THEY ARE!  Implementing them into your life takes work, though.  I’m always (and will forever be) a work in progress.  A perfectly, imperfect, messy, but beautiful work in progress…that’s me. (and you are too, btw)

The one I’ve been thinking of the most lately for some reason is, ‘always do your best.’ You would think that one is a no-brainer, right? But is it?

Not really. DO we always do our best?

I broke EVERY agreement with my husband, Rob, over the weekend.  I didn’t know it was possible to break them all at the same time, but I did. I made an assumption that he knew how I was feeling (he didn’t), I took it personally when he didn’t magically read my mind, and my words to him were anything but impeccable.  Did I do my best with what I knew at that time?  Um….probably not…only because starting a sentence off with, “You’re killing me…” probably wasn’t the best choice of words (sorry, Manly!)

But in general, I think I DO always do my best with what the current situation is and the info I have on it up until that point.  I believe Don Miguel Ruiz says it in the chapter somewhere that that same best that you did 5 minutes ago may be very different than the best you would do now given the information you now have or the abilities that you might have that are different from 5 minutes ago.  It’s so true!

When we get resentments against others, it’s usually due to a breakdown in one of these four agreements.  (Those ‘assumptions’ are an absolute KILLER for me!)  But in my heart of hearts, I really do believe that we are all doing the best we can in every situation.  Let me rephrase that actually…..I CHOOSE to believe that.  When I choose to believe that, a lot of my issues with people go away.

Perhaps I don’t like that someone just stole my parking spot that I’d been waiting for.  I’m going to bitch and moan and wonder how that person can be such a jerk!

And maybe they ARE just a jerk, but maybe there’s more to it.  Maybe they are having a really bad day themselves and they were absolutely oblivious to the fact that I was waiting for that spot.  Maybe they’re in a hurry as they are caring for a sick family member at home and that parking spot that opened up was a gift from God for them.  Maybe they have a killer migraine and just need to run in and out of the store to get meds and right now they have to put themselves as their number one priority.

The thing is, we just don’t know the behind-the-scenes situations of ANYONE but ourselves.   “We all have our shit” is one of my favorite sayings (right Tracy Burger?)”.

Living with a chronic illness, I often say this to people a lot….”I’m doing the best I can.”  It can be hard for people to think any differently of me because I look like I’m healthy and can do everything everyone else can.  It’s assumed that I should be able to do what an ordinary 47 yr old should be doing.  Unfortunately, I can’t.  As much as I’m in denial and will for it to be true, it’s not.  So I accept it and move on. 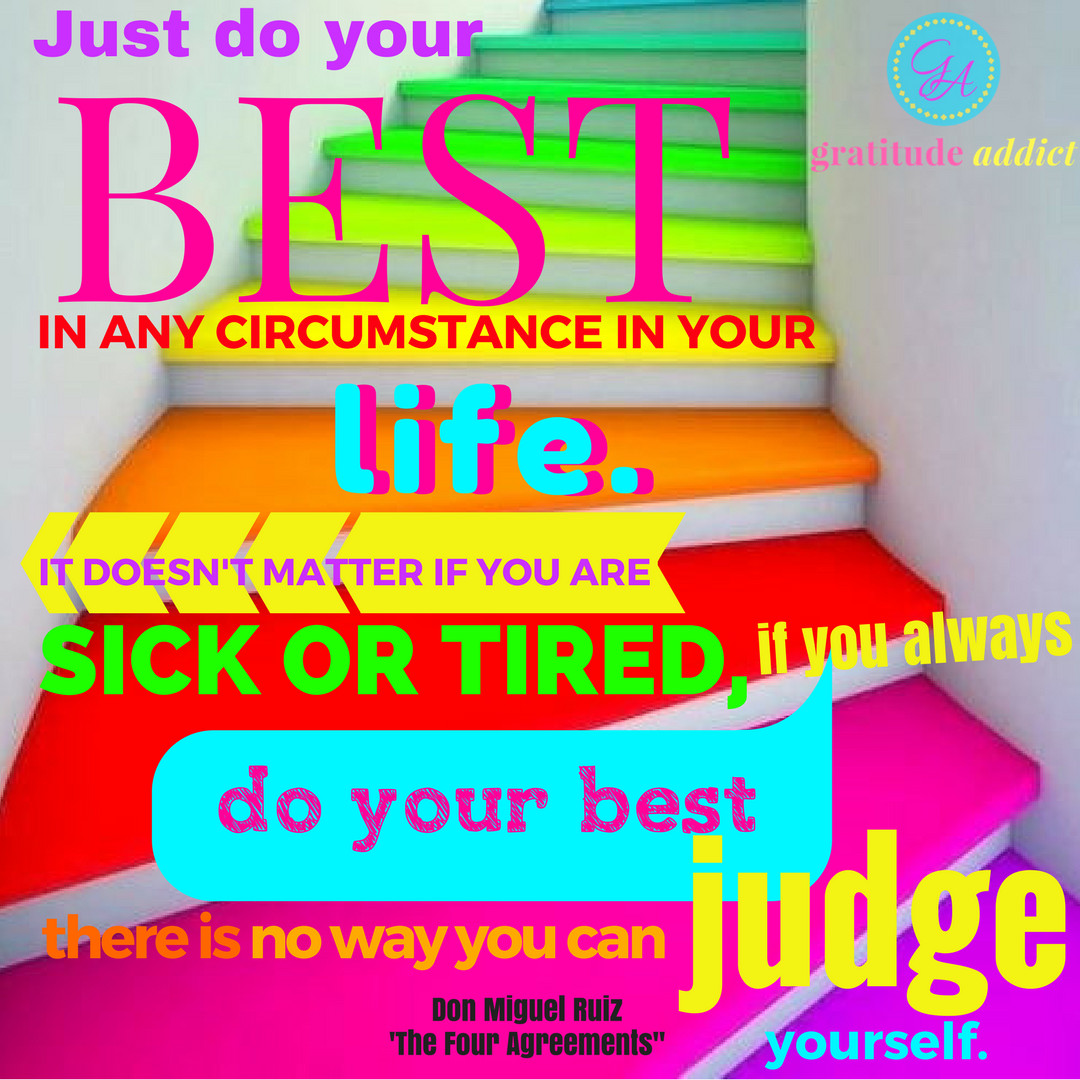 that very moment?  I think so.  Whether or not it’s true, we don’t know, but we can choose to believe that for our own peace of mind and serenity.

Now, I’m not saying that we just excuse every jerk for bad behavior!  NO WAY!!!  Being intentionally mean or cruel to someone does not mean that maybe they should get away with it or not confronted about that behavior, but for YOUR own peace of mind, just assume that they’re doing the best they can.  It’s so much less exhausting.

Which now puts the pressure on you.  From now on….do the very best that you can.  As the quote above by DMR says, if we do our best all the time, there’s no room for us to judge ourselves!

I will do the very best that I can too.

RETRO TV COMMERCIAL OF THE POST!   As promised, I am posting the theme and opening credits to “Three’s Company” which was a hugely popular show back in the 70s when I was a kid.  Every single episode revolved around antics that happened because of ASSUMPTIONS & misunderstandings!

About Lauren
Lauren has lived with lupus & fibromyalgia for 16 years & is the founder of the FB group, "Attitude of Gratitude with Chronic Pain." Also a recovering alcoholic, Lauren discovered the power of GRATITUDE during her recovery for that as well as in dealing with her chronic illness. In 2016 she embarked on her "Gratitude Project" by writing an essay on one new thing that she was grateful for every day on Facebook for the entire year. It was that project that sparked the website gratitudeaddict.com and a book in the works based on the project. #GetYourGratitudeOn
View All Posts by Author
Visit Author Website 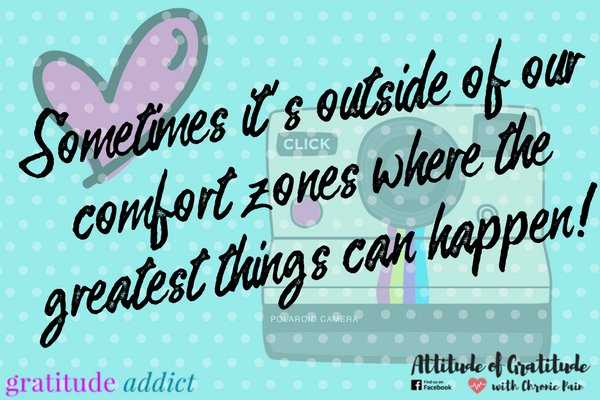 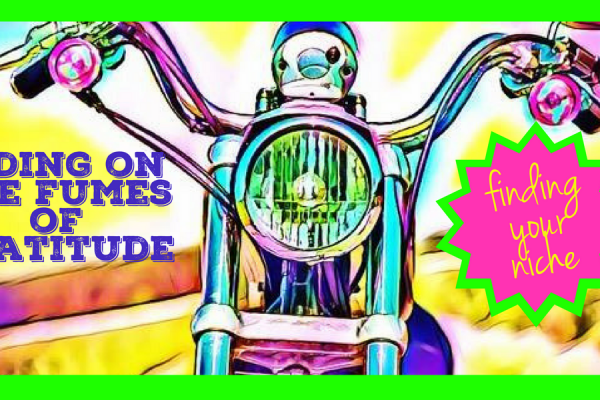 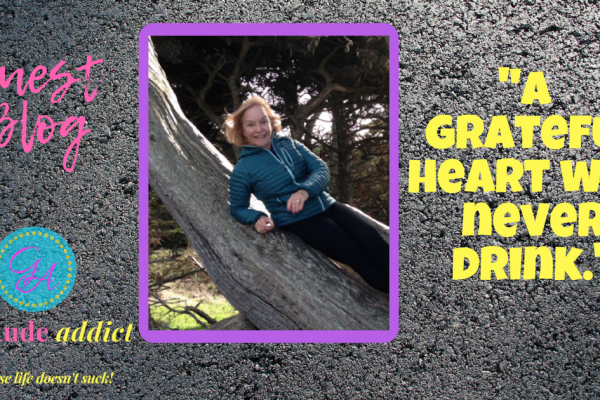 Guest
Lucia
Share On TwitterShare On Google
Hi Lauren, I like the 4 guidelines. I think I’ve learned how to do these in my life (I have 12 years on you) and learned not to judge people when they are oblivious to others, because I dont know why that person is speeding so, or going so slowly, in front of me. Hey, they dont know the area and they are looking for an address. While I believe I am doing my best, I believe others are doing their best, with what knowledge we/they have at the time. Respect for others and understanding of their cultural background. This… Read more »
Vote Up0Vote Down

Author
Lauren
Share On TwitterShare On Google
Lucia, it always makes me so good that you take the time to read and respond to my posts with such thoughtfulness & honesty. Thank you! When I embarked on this ‘Gratitude Addict’ endeavor at the start of the year (after doing the Gratitude Project in 2016), it was sort of as an experiment to see if I had a voice that others wanted to hear. So feedback from you and others who take the time to read is so important and appreciated. I’m so happy that your husband is OK….what a scare that must have been! Nothing like good… Read more »
Vote Up0Vote Down

Hi & thank you Lauren for your good wishes for my hubby & his time to retire!
It was really good to hear from you.
✌️ 💖 (for ur sparkling heart) xo

Hi & thank you Lauren for your good wishes for my hubby & his time to retire!
It was really good to hear from you.
✌️ 💖 (for ur sparkling heart) xo 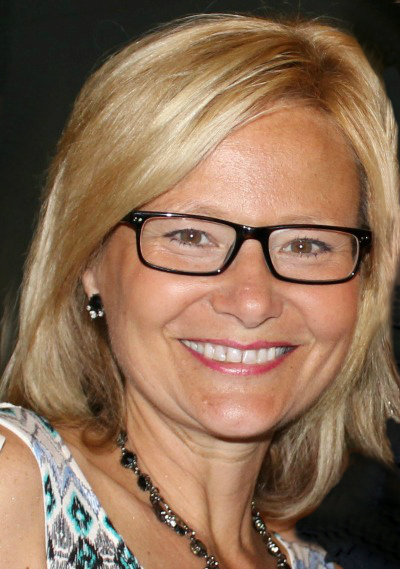 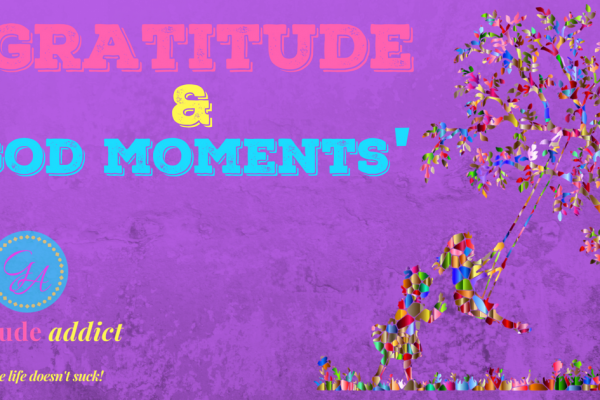 “A Grateful Heart Will Never Dr...

Are you looking for a chronic pain/illness community that's actually uplifting & motivating (not depressing?) You've found it! Join us!